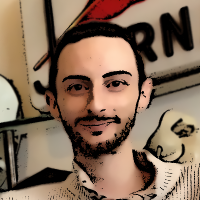 version.py saves you from having to hard-code the version number of your project by getting it from git tags (directly or indirectly).

To use the script, simply copy it into your project and call get_version() in your setup.py file:

By default the tags that are considered to be version numbers are those that start with a digit. If you use a prefix, for example a v, modify the PREFIX constant in version.py accordingly.

You need to distribute the version.py file in your sdist packages by adding the following line in the MANIFEST.in file:

For the script to work within git archives (for example those automatically generated by GitHub for each tag) you need to add the following line to the .gitattributes file:

Note: if you don't care about git archives, or you're looking for a solution that works with Mercurial, then you can use setuptools_scm instead.

Keep up with changes to version.py!

Leave a review for version.py

Would you tell us more about version.py?