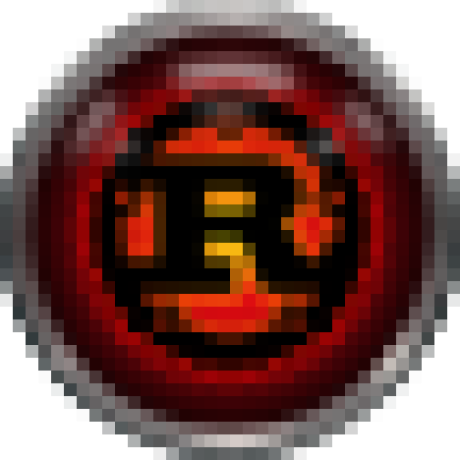 This is the main source code repository for Rust. It contains the compiler, standard library, and documentation.

Read Installation from The Book.

There are two prominent ABIs in use on Windows: the native (MSVC) ABI used by Visual Studio, and the GNU ABI used by the GCC toolchain. Which version of Rust you need depends largely on what C/C++ libraries you want to interoperate with: for interop with software produced by Visual Studio use the MSVC build of Rust; for interop with GNU software built using the MinGW/MSYS2 toolchain use the GNU build.

MSYS2 can be used to easily build Rust on Windows:

MSVC builds of Rust additionally require an installation of Visual Studio 2013 (or later) so rustc can use its linker. Make sure to check the C++ tools option.

With these dependencies installed, you can build the compiler in a cmd.exe shell with:

Currently building Rust only works with some known versions of Visual Studio. If you have a more recent version installed the build system doesn't understand then you may need to force rustbuild to use an older version. This can be done by manually calling the appropriate vcvars file before running the bootstrap.

Each specific ABI can also be used from either environment (for example, using the GNU ABI in powershell) by using an explicit build triple. The available Windows build triples are:

The build triple can be specified by either specifying --build=<triple> when invoking x.py commands, or by copying the config.toml file (as described in Building From Source), and modifying the build option under the [build] section.

While it's not the recommended build system, this project also provides a configure script and makefile (the latter of which just invokes x.py).

If youd like to build the documentation, its almost the same:

Since the Rust compiler is written in Rust, it must be built by a precompiled snapshot version of itself (made in an earlier state of development). As such, source builds require a connection to the Internet, to fetch snapshots, and an OS that can execute the available snapshot binaries.

Snapshot binaries are currently built and tested on several platforms:

You may find that other platforms work, but these are our officially supported build environments that are most likely to work.

Rust currently needs between 600MiB and 1.5GiB of RAM to build, depending on platform. If it hits swap, it will take a very long time to build.

There is more advice about hacking on Rust in CONTRIBUTING.md.

The Rust community congregates in a few places:

Rust has an IRC culture and most real-time collaboration happens in a variety of channels on Mozilla's IRC network, irc.mozilla.org. The most popular channel is #rust, a venue for general discussion about Rust. And a good place to ask for help would be #rust-beginners.

Also, the rustc guide might be a good place to start if you want to find out how various parts of the compiler work.

Rust is primarily distributed under the terms of both the MIT license and the Apache License (Version 2.0), with portions covered by various BSD-like licenses.

Keep up with changes to rust!

Leave a review for rust

Would you tell us more about rust?