A Matrix homeserver written in Rust. 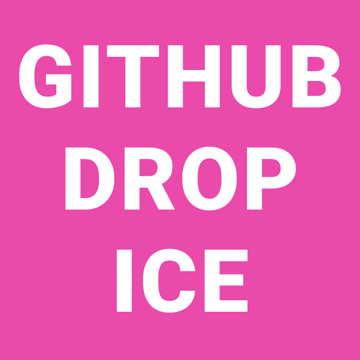 Ruma is a Matrix homeserver written in Rust.

If you're interested in the project, please take a look at the Ruma website, follow ruma_io on Twitter and chat with us in #ruma:matrix.org on Matrix (also accessible via #ruma on the freenode IRC network.)

The goal of Ruma as a project is to provide a complete implementation of a Matrix homeserver, a Matrix identity server, a Matrix client library, and Matrix application services. This repository in particular aims to implement a Matrix homeserver. The Ruma homeserver will be packaged as a single executable for small-scale deployments, and as multiple executables for large deployments that need to scale different parts of the homeserver independently. Additional Matrix libraries used by Ruma can be found in the Ruma organization on GitHub.

Ruma is currently pre-alpha and cannot realistically be used from a standard Matrix client, but it's getting closer every week!

For a detailed view of which Matrix APIs are supported by Ruma so far, see the STATUS document.

Ruma includes a development setup using Docker. To install Docker, see the installation instructions for OS X, Linux, or Windows. (Note that both Docker and Docker Compose are needed, but the standard ways of installing include both.)

Cargo is the main entrypoint for development. Use the script/cargo shell script as you would normally use plain cargo. This will run the Cargo command inside a Docker container that has Rust and other dependencies already installed. It will automatically start a PostgreSQL database inside a container as well. The first time you run a command with script/cargo, it will take some time to download the Docker images.

Ruma currently requires the nightly version of Rust because it uses the following unstable features, listed below with links to the GitHub issues tracking stabilization:

When all of these features are stabilized, Ruma will target stable Rust.

Docker is used to make everyone's life easier by pinning a compatible version of nightly Rust and managing test PostgreSQL databases without assuming anything about the host system. If you really want to avoid Docker, it's up to you to configure your development environment to match the assumptions made by code in Ruma. In particular, this means a version of the nightly Rust compiler that can compile Ruma given the current Cargo.lock and a PostgreSQL installation with suitable permissions available at the address and port used in src/test.rs. You can find the version of nightly Rust used in the Docker setup by looking at the Dockerfile for Ruma's development Docker image. Look at the line that installs rustup for the date. It will look something like this:

To generate API documentation for Ruma, run script/cargo doc. Then open target/doc/ruma/index.html in your browser. Note that this documentation is for Ruma's internal Rust code, not the public-facing Matrix API. User-facing documentation will live on the Ruma website.

Ruma requires a configuration file named ruma.json, ruma.toml, or ruma.yaml/ruma.yml written in JSON, TOML, or YAML, respectively. This file should be in the working directory ruma is executed from. Ruma will attempt to load the configuration file in that same order, stopping at the first one it finds. A configuration file would look something like this, in the JSON format:

The complete list of attributes in the configuration is as follows:

Before you run ruma run, make sure you have a configuration file in the working directory named ruma.json and that a PostgreSQL server is running and available at the location specified in the configuration file. Ruma will automatically create the database (if it doesn't already exist) and manage the database schema. You are responsible for providing Ruma with a valid PostgreSQL server URL and role that can perform these operations.

Ruma includes an HTTP endpoint to serve Swagger data at http://example.com/ruma/swagger.json (substituting the host and port of your Ruma server for example.com, of course.) Point a copy of Swagger UI at this URL to see complete documentation for the Matrix client API. Note that Ruma does not actually implement all these API endpoints yet.

Ruma is dedicated to my best friend, Tamara Boyens, who passed away in January 2017. She and I talked online for hours every day. She was a large part of my motivation in starting Ruma, because our online communication was where we spent the most time together after we both moved away from the city where we met, and we were always looking for a system that would fix our grievances with all the subpar choices we had for chatting.

Keep up with changes to ruma!

Leave a review for ruma

Would you tell us more about ruma?