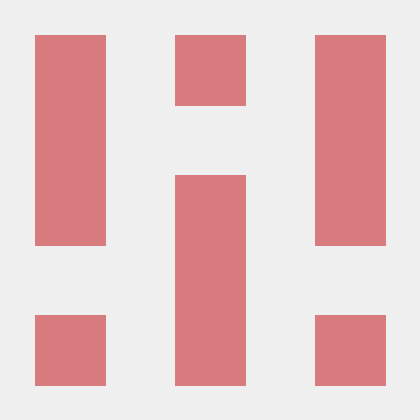 Note: This is the current stable version of the Polymer library. At Google I/O 2018 we announced a new Web Component base class, LitElement, as a successor to the PolymerElement base class in this library.

If you're starting a new project, we recommend that you consider using LitElement instead.

If you have a project you've built with an earlier version of the Polymer library, we recommend that you migrate to 3.0 for best compatibility with the JavaScript ecosystem. Thanks to the interoperability of Web Components, elements built with Polymer 3.0 and LitElement can be mixed and matched in the same app, so once you have updated your project to Polymer 3.0, you can migrate to LitElement incrementally, one element at a time. See our blog post on the Polymer Project roadmap for more information.

Polymer lets you build encapsulated, reusable Web Components that work just like standard HTML elements, to use in building web applications. Using a Web Component built with Polymer is as simple as importing its definition then using it like any other HTML element:

Web Components are now implemented natively on Safari and Chrome (~70% of installed browsers), and run well on Firefox, Edge, and IE11 using polyfills. Read more below.

Web components are an incredibly powerful new set of primitives baked into the web platform, and open up a whole new world of possibility when it comes to componentizing front-end code and easily creating powerful, immersive, app-like experiences on the web.

Polymer is a lightweight library built on top of the web standards-based Web Components APIs, and makes it easier to build your very own custom HTML elements. Creating reusable custom elements - and using elements built by others - can make building complex web applications easier and more efficient.

By being based on the Web Components APIs built in the browser (or polyfilled where needed), elements built with Polymer are:

Among many ways to leverage custom elements, they can be particularly useful for building reusable UI components. Instead of continually re-building a specific navigation bar or button in different frameworks and for different projects, you can define this element once using Polymer, and then reuse it throughout your project or in any future project.

Polymer provides a declarative syntax to easily create your own custom elements, using all standard web technologies - define the structure of the element with HTML, style it with CSS, and add interactions to the element with JavaScript.

Polymer is designed to be flexible, lightweight, and close to the web platform - the library doesn't invent complex new abstractions and magic, but uses the best features of the web platform in straightforward ways to simply sugar the creation of custom elements.

Polymer 3.0 is now released to stable, and introduces a major change to how Polymer is distributed: from HTML Imports on Bower, to JS modules on npm. Otherwise, the API is almost entirely backward compatible with Polymer 2.0 (the only changes are removing APIs related to HTML Imports like importHref, and converting Polymer's API to be module-based rather than globals-based).

Migrating to Polymer 3.0 by hand is mostly mechanical:

However, the polymer-modulizer tool automates the vast majority of this migration work. Please see details on that repo for automated conversion of Polymer 2.0 apps and elements to Polymer 3.0.

Looking for Polymer v2.x? Please see the the v2 branch.

Looking for Polymer v1.x? Please see the the v1 branch.

Communicating with the Polymer team

Beyond GitHub, we try to have a variety of different lines of communication available:

This update to Polymer includes some new global settings:

Components can override the global setting by setting their _overrideLegacyUndefined property to true. This is useful for reenabling the default behavior as you migrate individual components:

Should I use it? This setting should only be used for migrating legacy codebases that depend on this behavior and is otherwise not recommended.

What does it do? This setting causes Polymer to warn if a component's template contains bindings to properties that are not listed in that element's properties block. For example:

Only properties explicitly declared in the properties block are associated with an attribute and update when that attribute changes. Enabling this setting will show you where you might have forgotten to declare properties.

Should I use it? Consider using this feature during development but don't enable it in production.

When a changes, Polymer's default behavior does not specify the order in which its dependents will run. Given that both b and c depend directly on a, one of two possible orders could occur: [computeB, computeC] or [computeC, computeB].

However, with orderedComputed enabled, the computed properties would have been previously sorted into [computeB, computeC], so updating a would cause them to run specifically in that order.

If your component's computed property graph contains cycles, the order in which they are run when using orderedComputed is still undefined.

Should I use it? The value of this setting depends on how your computed property functions are implemented. If they are pure and relatively inexpensive, you shouldn't need to enable this feature. If they have side effects that would make the order in which they are run important or are expensive enough that it would be a problem to run them multiple times for a property update, consider enabling it.

What does it do? This setting enables a different implementation of <dom-if> that uses its host element's template stamping facilities (provided as part of PolymerElement) rather than including its own. This setting can help with performance but comes with a few caveats:

Should I use it? This setting is recommended as long as your app doesn't use <dom-if> as described in the section above.

What does it do? This setting causes Polymer to remove the child <template> elements used by <dom-if> and <dom-repeat> from the their containing templates. This can improve the performance of cloning your component's template when new instances are created.

Should I use it? This setting is generally recommended.

You can override the global setting for an individual <dom-if> or <dom-repeat> by setting its notify-dom-change boolean attribute:

Should I use it? This setting is generally recommended.

What does it do? This setting causes LegacyElementMixin not to use the browser's built-in mechanism for informing elements of attribute changes (i.e. observedAttributes and attributeChangedCallback), which lets Polymer skip computing the list of attributes it tells the browser to observe. Instead, LegacyElementMixin simulates this behavior by overriding attribute APIs on the element and calling attributeChangedCallback itself.

This setting has similar API restrictions to those of the custom elements polyfill. You should only use the element's setAttribute and removeAttribute methods to modify attributes: using (e.g.) the element's attributes property to modify its attributes is not supported with legacyNoObservedAttributes and won't properly trigger attributeChangedCallback or any property effects.

Components can override the global setting by setting their _legacyForceObservedAttributes property to true. This property's effects occur at startup; it won't have any effect if modified at runtime and should be set in the class definition.

Should I use it? This setting should only be used if startup time is significantly affected by Polymer's class initialization work - for example, if you have a large number of components being loaded but are only instantiating a small subset of them. Otherwise, this setting is not recommended.

What does it do? If your application is uses pre-built Shady CSS styles and your browser supports constructable stylesheet objects, this setting will cause Polymer to extract all <style> elements from your components' templates, join them into a single stylesheet, and share this stylesheet with all instances of the component using their shadow roots' adoptedStyleSheets array. This setting may improve your components' memory usage and performance depending on how many instances you create and how large their style sheets are.

Should I use it? Consider using this setting if your app already uses pre-built Shady CSS styles. Note that position-dependent CSS selectors (e.g. containing :nth-child()) may become unreliable for siblings of your components' styles as a result of runtime-detected browser support determining if styles are removed from your components' shadow roots.

What does it do? This boolean property causes <dom-repeat> to reuse template instances even when items is replaced with a new array, matching the Polymer 1 behavior.

Should I use it? This flag is generally recommended and can improve rendering performance of chunked <dom-repeat> instances with live data.

What does it do? LegacyElementMixin now has built-in support for the disable-upgrade attribute (usually provided by DisableUpgradeMixin) that becomes active when the global legacyOptimizations setting is enabled, matching the Polymer 1 behavior.

Should I use it? Consider using this setting if you are already using the legacyOptimizations setting and migrating older components that depend on disable-upgrade without explicit application of DisableUpgradeMixin.

Keep up with changes to polymer!

Leave a review for polymer

Would you tell us more about polymer?