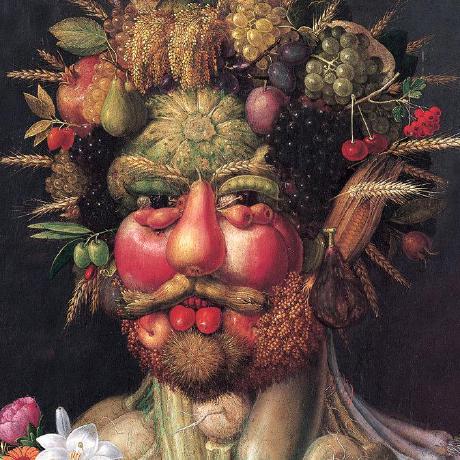 Re-Natal is a simple command-line utility that automates most of the process of setting up a React Native app running on ClojureScript with Reagent + re-frame, Om.Next or Rum.

This project is a fork of dmotz/natal by Dan Motzenbecker.

Figwheel support is based on the brilliant solution developed by Will Decker decker405/figwheel-react-native, which works on both platforms.

As Re-Natal is an orchestration of many individual tools, there are quite a few dependencies. If you've previously done React Native or Clojure development, you should hopefully have most installed already. Platform dependencies are listed under their respective tools.

Before getting started, make sure you have the required dependencies installed.

Then, install the CLI using npm:

To generate a new app, run re-natal init with your app's name as an argument:

This will generate a project which uses Reagent v0.6.
You may specify the -i option to choose a specific React wrapper: Om.Next, Reagent v0.6 or Rum:

If your app's name is more than a single word, be sure to type it in CamelCase. A corresponding hyphenated Clojure namespace will be created.

The init process will take a few minutes coffee break! If all goes well you should see basic instructions on how to run in iOS simulator.

This command needs to be run every time you switch to the development profile or specify a development environment (with use-ios-device or use-android-device).

NOTE: You might need to restart React Native Packager and reload your app.

Start a Figwheel REPL from the command line with:

If all went well you should see the REPL prompt and changes in source files should be hot-loaded by Figwheel.

You can also start Figwheel from within an existing nREPL session. Start a REPL with lein repl or, if using emacs and CIDER for editor integration, cider-jack-in (C-c M-j). Then in the REPL prompt type:

Or, for Android build type:

Or, for both type:

In case you have a conflict with the default Figwheel port you can change it as follows:

On Linux, the React Native Packager has to be started manually with

If this doesn't correctly detect your computer's IP you can pass your IP address explicitly: re-natal use-ios-device <IP address>.
And then run

Run use-ios-device to configure device type you want to use in development:

Set up and start the Genymotion simulator then run

To run figwheel with real Android device please read Running on Device.
To make it work on a USB connected device I also had to run:

Run use-android-device to configure device type you want to use in development:

Lets say you have installed an external library from npm like this:

And you want to use a component called 'some-library/Component':

This works fine when you do lein prod-build and run your app.

The React Native packager statically scans for all calls to require and prepares the required code to be available at runtime. But, dynamically loaded (by Figwheel) code bypasses this scan and therefore requiring the custom component fails.

In re-natal this is solved by adding all dependencies in index.*.js file which is scanned by React Native packager.

To enable auto-require feature you have to run command:

From now on, command use-figwheel will scan for all required modules and generate index.*.js with all required dependencies. You will have to re-run use-figwheel command every time you use new modules via (js/require "...")

This feature is available since re-natal@0.7.0

You can register a single dependency manually by running require command:

or for a platform-specific component use the optional platform parameter:

Lastly, you will have to restart the packager and reload your app.

NOTE: If you mistyped something, or no longer use the component and would like to remove it, manually open .re-natal and fix it there (it's just a list of names in JSON format, so the process should be straight forward).

Scanning for dependencies with require-all command

If you have used new modules in your code you can run:

This will scan your code for (js/require ...) calls and add new required modules automatically. After this, you still need to run use-figwheel command to regenerate index.*.js files.

You have to reload your app, and should see the REPL coming up with the prompt.

At the REPL prompt, try loading your app's namespace:

Changes you make via the REPL or by changing your .cljs files should appear live in the simulator.

Try this command as an example:

In addition to the instructions above on Linux you might need to start React Native packager manually with command react-native start. This was reported in #3

See this tutorial on how to set up and run re-natal on a clean install of Ubuntu.

Note: for projects generated with re-natal version prior to 0.4.0 additional windows builds will not be added automatically to project.clj. Workaround is to generate fresh windows project and copy-paste additional builds manually.

Do this with command:

Follow the React Native documentation to proceed with the release.

The ReactNative externs are provided by react-native-externs Other library externs needs to be added manually to advanced profile in project.clj

In Re-Natal skeleton images are stored in images directory. Place your images there and reference them from cljs code:

Adding an image during development

When you have dropped a new image to images dir, you need to restart React Native packager and re-run command:

This is needed to regenerate index.*.js files which includes require calls to all local images. After this you can use a new image in your cljs code.

If your images aren't able to be required after running re-natal use-figwheel, you may need to also run react-native run-android.

To upgrade React Native to newer version please follow the official Upgrading guide of React Native. Re-Natal makes almost no changes to the files generated by react-native so the official guide should be valid.

Do this if you want to use newer version of re-natal.

Commit or backup your current project, so that you can restore it in case of any problem ;)

In root directory of your project run

This will overwrite only some files which usually contain fixes in newer versions of re-natal, and are unlikely to be changed by the user. No checks are done, these files are just overwritten:

Then to continue development using figwheel

To test any changes made to re-natal, cd to an already existing project or a brand new dummy project:

You can then run any of the commands manually.

Other projects in CoffeeScript

Keep up with changes to re-natal!

Leave a review for re-natal

Would you tell us more about re-natal?