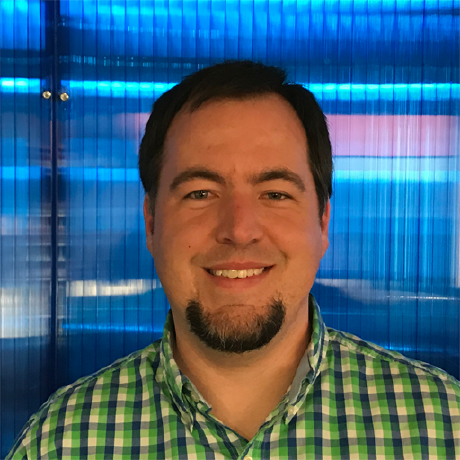 This is a PHP version of the original Ruby dotenv.

You should never store sensitive credentials in your code. Storing configuration in the environment is one of the tenets of a twelve-factor app. Anything that is likely to change between deployment environments such as database credentials or credentials for 3rd party services should be extracted from the code into environment variables.

Basically, a .env file is an easy way to load custom configuration variables that your application needs without having to modify .htaccess files or Apache/nginx virtual hosts. This means you won't have to edit any files outside the project, and all the environment variables are always set no matter how you run your project - Apache, Nginx, CLI, and even PHP 5.4's built-in webserver. It's WAY easier than all the other ways you know of to set environment variables, and you're going to love it.

Or on Existing projects

The .env file is generally kept out of version control since it can contain sensitive API keys and passwords. A separate .env.example file is created with all the required environment variables defined except for the sensitive ones, which are either user-supplied for their own development environments or are communicated elsewhere to project collaborators. The project collaborators then independently copy the .env.example file to a local .env and ensure all the settings are correct for their local environment, filling in the secret keys or providing their own values when necessary. In this usage, the .env file should be added to the project's .gitignore file so that it will never be committed by collaborators. This usage ensures that no sensitive passwords or API keys will ever be in the version control history so there is less risk of a security breach, and production values will never have to be shared with all project collaborators.

Add your application configuration to a .env file in the root of your project. Make sure the .env file is added to your .gitignore so it is not checked-in the code

Now create a file named .env.example and check this into the project. This should have the ENV variables you need to have set, but the values should either be blank or filled with dummy data. The idea is to let people know what variables are required, but not give them the sensitive production values.

You can then load .env in your application with:

Optionally you can pass in a filename as the second parameter, if you would like to use something other than .env

All of the defined variables are now accessible with the getenv method, and are available in the $_ENV and $_SERVER super-globals.

You should also be able to access them using your framework's Request class (if you are using a framework).

It's possible to nest an environment variable within another, useful to cut down on repetition.

This is done by wrapping an existing environment variable in ${} e.g.

By default, Dotenv will NOT overwrite existing environment variables that are already set in the environment.

If you want Dotenv to overwrite existing environment variables, use overload instead of load:

Requiring Variables to be Set

Using Dotenv, you can require specific ENV vars to be defined ($_ENV, $_SERVER or getenv()) - throws an exception otherwise. Note: It does not check for existence of a variable in a '.env' file. This is particularly useful to let people know any explicit required variables that your app will not work without.

You can use a single string:

Or an array of strings:

If any ENV vars are missing, Dotenv will throw a RuntimeException like this:

Beyond simply requiring a variable to be set, you might also need to ensure the variable is not empty:

If the environment variable is empty, you'd get an Exception:

You might also need to ensure that the variable is of an integer value. You may do the following:

If the environment variable is not an integer, you'd get an Exception:

You may need to ensure a variable is in the form of a boolean, accepting On, 1, Yes, Off, 0 and No. You may do the following:

If the environment variable is not a boolean, you'd get an Exception:

It is also possible to define a set of values that your environment variable should be. This is especially useful in situations where only a handful of options or drivers are actually supported by your code:

If the environment variable wasn't in this list of allowed values, you'd get a similar Exception:

You can comment your .env file using the # character. E.g.

When a new developer clones your codebase, they will have an additional one-time step to manually copy the .env.example file to .env and fill-in their own values (or get any sensitive values from a project co-worker).

phpdotenv is made for development environments, and generally should not be used in production. In production, the actual environment variables should be set so that there is no overhead of loading the .env file on each request. This can be achieved via an automated deployment process with tools like Vagrant, chef, or Puppet, or can be set manually with cloud hosts like Pagodabox and Heroku.

If you need to use environment variables that you have set in your .env file in a command line script that doesn't use the Dotenv library, you can source it into your local shell session:

Other projects in PHP

Keep up with changes to phpdotenv!

Leave a review for phpdotenv

Would you tell us more about phpdotenv?