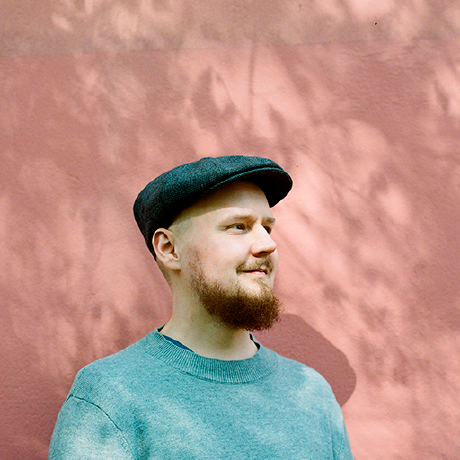 A lightweight macOS window and app manager scriptable with JavaScript. You can also easily use languages which compile to JavaScript such as CoffeeScript. Phoenix aims for efficiency and a very small footprint. If you like the idea of scripting your own window or app management toolkit with JavaScript, Phoenix is probably going to give you the things you want. With Phoenix you can bind keyboard shortcuts and system events, and use these to interact with macOS.

Note: the default master-branch will always be stable.

To install, extract the downloaded archive and just drag-and-drop Phoenix to your Applications-folder. When you run Phoenix for the first time, you will be asked to allow it to control your UI. macOS will ask you to open Security & Privacy in System Preferences. Once open, go to the Accessibility-section and click the checkbox next to Phoenix to enable control. An admin account is required to accomplish this.

Alternatively, if you have Homebrew Cask installed, you can simply run brew cask install phoenix.

To uninstall Phoenix, delete the app from your Applications-folder. The configuration file created by Phoenix itself is located in your home folder. Delete ~/.phoenix.js and any related configurations if desired. For developers, you may also need to delete ~/.phoenix.debug.js.

Phoenix lives on your status bar (or as a background daemon) and can be scripted in JavaScript (or languages which compile to JavaScript such as CoffeeScript).

See the JavaScript API to get started with your script. Your script should reside in ~/.phoenix.js the file will be created when you launch Phoenix for the first time. Alternatively if you prefer you may also have your script in ~/Library/Application Support/Phoenix/phoenix.js or ~/.config/phoenix/phoenix.js. For ideas, see what other people have built in their configurations in the Wiki. Feel free to add your own configuration to the Wiki to show other people the nice things you can do. Previous configurations (<= 1.5) are not compatible with 2.0, see Changelog for what changes are needed.

You will need some basic knowledge about installing the required languages and tools. If you need help, do not hesitate to ask! To get started, you will need:

First clone the repository from a terminal:

To develop Phoenix, open Phoenix.xcworkspace in Xcode. Install Xcode from the App Store, if you do not already have it installed. You will also need Xcode command line tools you will be prompted for this. Everything else should work as is you can develop, debug, test, build and run Phoenix straight from Xcode.

To install Phoenix from the source, you will need to build the workspace from a terminal:

Once complete, you will find a newly built Phoenix app in build/Release/. After this, you can follow the normal install guide.

Phoenix manages dependencies with CocoaPods. Note that you do not need CocoaPods for basic development. However, if you want to install new pods or update existing ones, you will also need:

Install Bundler, if you do not already have it installed. To install CocoaPods and its dependencies, use Bundler inside the phoenix-directory to install the required Ruby gems according to the Gemfile. Once complete, you can install the pods listed in the Podfile with CocoaPods.

In addition to the Objective-C core, Phoenix also uses a JavaScript-based (5.1) library to implement additional features to the API. The minified library is included in the repository in Phoenix/phoenix-min.js so that everything works as is. However, if you want to develop features for this library, you will also need:

Install Grunts command line interface globally, if you do not already have it installed. Then, install the development packages listed in package.json.

To build phoenix-min.js from the source, run the command grunt in the root directory. Grunt will then build the source from library/src/ and install the new library to Phoenix/phoenix-min.js. For convenience, this is also handled automatically by Xcode when you build Phoenix.

Feel free to contribute to this project by creating issues, pull requests and editing the Wiki. See the guidelines.

If you have any questions, feedback or just want to say hi, you can open an issue, email or tweet.

Phoenix is currently developed by Kasper Hirvikoski (@kasper) and Jason Milkins (@jasonm23) with the generous help of contributions made by many individuals. It was originally authored by Steven Degutis (@sdegutis) as a fork of Zephyros also an app of his. As it stands now, it has been rewritten from the ground up by Kasper Hirvikoski. Steven is continuing his work on macOS window management in Mjolnir.

Hello, do you remember me? This release includes a couple of bug fixes and improvements. Sorry for the wait!

This release includes a couple of new useful features. If you did not already know, macOS Sierra (10.12) has full support for the ECMAScript 6 standard and you can now use it with Phoenix! Read a quick overview of the new features added to the language.

This release contains some general fixes and improvements. Happy Holidays!

Keep up with changes to phoenix!

Leave a review for phoenix

Would you tell us more about phoenix?