A small kernel written in Nim 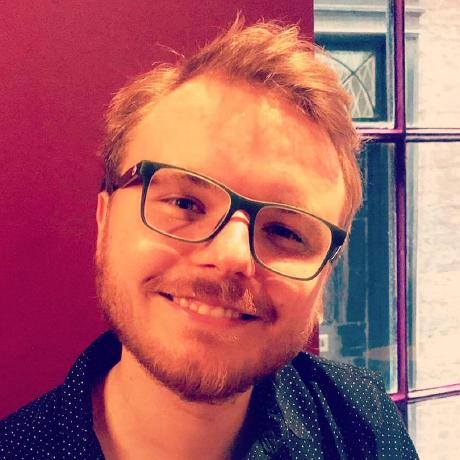 This is a small 32bit (i586) kernel written using the Nim programming language.

I have been wanting to do this for a while but it wasn't until people in the #nim IRC channel inquired about Nim OS dev and the rustboot kernel inspired me that I finally did it.

It doesn't do much, but it doesn't need to. Its purpose is to provide a starting point for anyone wishing to write an OS in Nim.

It still manages to do a little more than fill a screen with a certain color. Nimkernel implements: 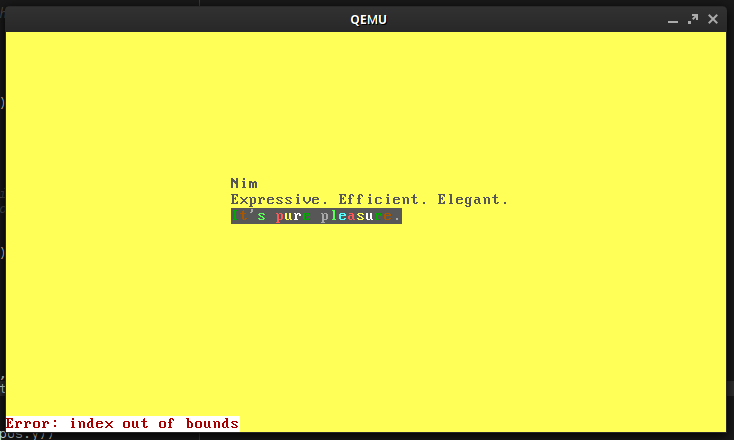 Note: The error at the bottom is intentional, it is used to show that the error handling works properly.

You are required to have:

* You can always grab the nake library manually from here.

I have performed this setup on a Arch Linux machine, but all other distros should work too.

For more information take a look at the OSDev article.

You will need to download the source of binutils and gcc.

First cd into a suitable directory in which you would like to download, unzip and build the cross compiler. Then perform the following actions:

Note: I did not use the binutils suggested by the osdev article as they did not build for me, YMMV.

You may then grab the GCC source and build it:

You should then have a i586-elf-gcc and i586-elf-as executable in $PWD/build/bin/ or somewhere thereabouts. You should then add it to your PATH permanently or temporarily by doing:

Follow the instructions in the Nim repo to bootstrap Nim and put it in your PATH.

Do the same for nimble and install nake by executing nimble install nake or alternatively just save nake into the root dir of this repo.

You can then compile the nakefile and therefore compile nimkernel:

This will automatically build and run the kernel using QEMU.

Keep up with changes to nimkernel!

Leave a review for nimkernel

Would you tell us more about nimkernel?