Goim is a robust command line utility to maintain and query the Internet Movie Database (IMDb). 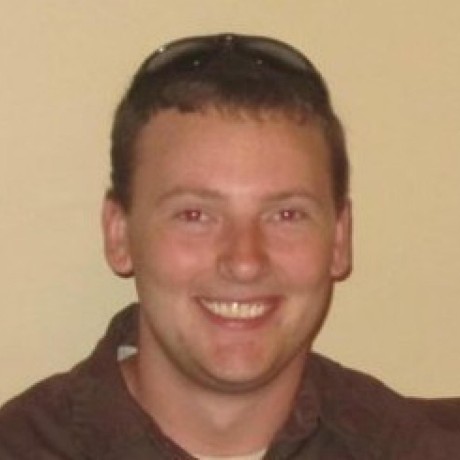 IMDb will be discontinuing their ancient FTP service and will instead switch to a TSV format that is hosted on Amazon S3. See their announcement for more details: https://getsatisfaction.com/imdb/topics/imdb-data-now-available-in-amazon-s3

The existing FTP sites have already gone offline, but they've put up new temporary FTP sites that will go offline September 10, 2017. Until then, you can still update goim using one of the tempoary FTP sites. For example:

Goim currently supports both SQLite and PostgreSQL. By default, Goim uses SQLite---which is more of a convenience for users that don't want to run a database server. Using PostgreSQL should be faster, and more importantly, will give you insanely fast fuzzy searching.

For Go programmers, the imdb sub-package contains types and functions for handling data in the database. The imdb/search sub-package exposes the full power and flexibility of Goim's searching via an API.

Goim is relased under the UNLICENSE.

Goim depends on Go and is go-gettable. Assuming you have Go installed and your GOPATH is set, then the following will install Goim into $GOPATH/bin:

By default, this will attempt to install SQLite. If you don't want SQLite or can't install it easily, then install Goim with CGO disabled:

When CGO is disabled, Goim will only work with PostgreSQL.

If you want to give Goim a quick spin, it's easy to create a SQLite database with a subset of IMDb's data:

This command downloads a list of all movies, TV shows and episodes and creates a new SQLite database in goim.sqlite. Depending on your system and internet connection, this might take anywhere from 1 minute to 5 minutes (including building indices).

Now you can find all episodes of The Simpsons that have maggie in the title:

If you add IMDb user rankings (should take less than a minute):

Then you can find the top ten ranked Simpsons episodes with at least 500 votes:

And check out the plot for King Size Homer:

You can read more examples and see a complete list of search options by running goim help search. For example, if you load the actors list, you can search the credits of movies and episodes.

Also, see goim help for a list of all commands, which includes a command for each type of information available.

Upping the ante with PostgreSQL

You will need to install a PostgreSQL server and have it running on your machine. This can be done for Windows, Mac or Linux. Start here.

Once you're all set up, create a database and enable the pg_trgm extension (which is what provides fuzzy searching):

Note that enabling an extension can only be done by a PostgreSQL superuser, which is what the '-U postgres' is for (you may use any user here that has superuser privileges).

Technically, you can use Goim with PostgreSQL without enabling the pg_trgm extension, but it isn't recommended (and Goim will yell at you).

Now all you need to do is fill in your connection information. You can use the -db flag, but typing in all your connection details every time is painful. Instead, tell Goim to write a default config file:

Now edit and fill in your details (the comments in the config file should help):

Note that the config file can specify a SQLite database too.

With all of that out of the way, you can now follow the steps above for loading and searching with SQLite. (Leave out the -db ... flag.) Also, with fuzzy searching, you don't need to use the '%' wildcard any more (although you can). For example, you can use goim search maggie {show:simpsons} to find all episodes of The Simpsons with maggie in the title.

I just copied the first season of The Simpsons off my DVD box set, but I have a problem. All of my files look like this:

No problem. Goim can rename these easily with the rename command:

The above command executes in less than a second on my machine. The exact same command could be used to rename an entire series at once.

The rename command is very flexible, and it can also rename movies and work with different file name formats. Read more about it with goim help rename.

Whether you're loading data for the first time or updating an existing database, you'll want to use Goim's load command. By default, data is downloaded from one of IMDb's FTP mirrors, but it also supports HTTP downloading or reading from the local file system.

The load command lets you pick and choose which lists you want. By default, it only loads the movies list. But let's say you also want plots and quotes:

Since plots and quotes are completely independent, this load will be done in parallel if you're using PostgreSQL.

If you want to add all attribute information (i.e., plots, quotes, trivia, goofs, etc.), then you can use the special attr list (make sure movies has already been loaded):

Or you can load all information available with the all list. (Warning: loading actors can take a while!)

I haven't been clever enough to come up with a good way for updating the database in place, so every update will truncate the corresponding table and rebuild it from scratch. (This is done inside a transaction, so if something bad happens, your old data should be preserved.) The only exceptions to the truncating scheme are the atom and name table. The short story here is that this will allow primary (surrogate) keys to persist across updates. Under this scheme, you should never have to worry about stale data cluterring search results. (See DESIGN.md for some elaboration on this point.)

Typically, IMDb updates its plain text data sets some time between Friday and Saturday morning, so there's no need to have Goim update your database more frequently than once a week.

The schema of the database is very simple, but I've made an ER diagram. It was automatically generated with erd and goim-write-erd.

The following benchmarks were measured with data downloaded from IMDb on February 3, 2014 (872MB compressed). The specs of my machine: Intel i7 3930K (12 logical CPUs) with 32GB of DDR3 1600MHz RAM. Both PostgreSQL and SQLite databases were stored on a Crucial M4 128GB solid state drive (CT128M4SSD2).

A complete database (with indices) for SQLite uses approximately 3GB of space on disk. A complete load (with all IMDb data downloaded first) took about 12 minutes. Note that since this is SQLite, this did not use any concurrent updating. After completion, a search query of %Matrix% takes approximately 0.5 seconds.

A complete database (with indices) for PostgreSQL 9.3 (using a default configuration) uses approximately 5.5GB of space on disk. A complete load (with all IMDb data downloaded first) took about 7.5 minutes. There is a significant speed boost from parallel table updates, although about half the time is spent building indices (the trigram indices take especially long). After completion, a search query of %Matrix% takes approximately 0.18 seconds. A search query of matrix (using the trigram indices) takes approximately 1 second. (Searches were done only when the Postgres autovacuum appeared to be idling. On my system, it tends to run for a few minutes after a full load of the database.)

Goim is smart about updating and will avoid rebuilding indices where appropriate. For example, while the initial load took 7.5 minutes, updating the database with new data took only 5.5 minutes on my machine.

A PostgreSQL database with just movies/TV shows/episodes takes about 1.5 minutes to load completely, including indices.

Loading all attribute lists (excludes only movies and actors/actresses) into a PostgreSQL database takes about 2 minutes to load completely, including indices.

The point of these benchmarks is not to be rigorous, but to give you a general ballpark of the sorts of resources used to load the database.

For reference, here is the output of goim size on a full database as of February 26, 2014:

Motivation and comparison with similar tools

I tend to acquire a lot of media and it's a pain to keep up with correctly naming it. Many years ago, I spent a weekend hacking together a Python script to parse the movies IMDb list into a MySQL database and used that to rename files. But it was slow and the renaming script was terribly inflexible. I wanted to make it better, so I embarked on a more disciplined approach to storing IMDb's data. I also find it incredibly useful to access most of IMDb instantly from the command line.

To the best of my knowledge, there are only two tools that claim to load a substantial fraction of IMDb's data into a relational database: IMDbPY and JMDB. The source code of JMDB doesn't appear to ever have been released, and it looks like some sort of GUI tool. Truthfully, I haven't tried it.

IMDbPY has been around for a long time and is pretty similar to Goim. However, I found its loading procedure to be a bit awkward (a fast load seems to require some mangling with CSV files), and generally slower than Goim although I haven't done any rigorous benchmarks. (And I don't know enough about IMDbPY to know if the comparison would be fair.)

IMDbPY also seems to support MySQL. Goim does not. (And I don't have any particular plans to support it, but I'm not against it.)

It is entirely possible that I could have used IMDbPY to load a database and then built tools on top of it to do searching and renaming, but I'm much happier with a smaller and simpler piece of software to do the work for me. Also, it's a lot more fun to design your own database. Plus, controlling the schema gives me the freedom to experiment with other neat ideas, like storing temporal data based on the diffs that IMDb provides for its plain text data.

While IMDb is generous enough to provide an easily parseable dump of a subset of their data, they are pretty finicky with their licensing.

This project is not a commerical project. The only source of IMDb data in Goim is through the alternative interfaces plain text data files, which are expressly provided for non-commercial uses.

Keep up with changes to goim!

Leave a review for goim

Would you tell us more about goim?