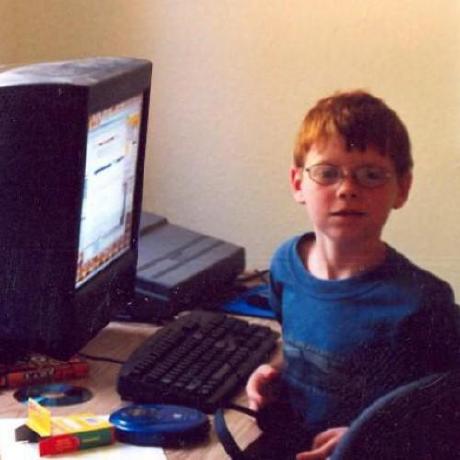 dumb-init is a simple process supervisor and init system designed to run as PID 1 inside minimal container environments (such as Docker). It is deployed as a small, statically-linked binary written in C.

Lightweight containers have popularized the idea of running a single process or service without normal init systems like systemd or sysvinit. However, omitting an init system often leads to incorrect handling of processes and signals, and can result in problems such as containers which can't be gracefully stopped, or leaking containers which should have been destroyed.

dumb-init enables you to simply prefix your command with dumb-init. It acts as PID 1 and immediately spawns your command as a child process, taking care to properly handle and forward signals as they are received.

Why you need an init system

Normally, when you launch a Docker container, the process you're executing becomes PID 1, giving it the quirks and responsibilities that come with being the init system for the container.

There are two common issues this presents:

The Linux kernel applies special signal handling to processes which run as PID 1.

When processes are sent a signal on a normal Linux system, the kernel will first check for any custom handlers the process has registered for that signal, and otherwise fall back to default behavior (for example, killing the process on SIGTERM).

However, if the process receiving the signal is PID 1, it gets special treatment by the kernel; if it hasn't registered a handler for the signal, the kernel won't fall back to default behavior, and nothing happens. In other words, if your process doesn't explicitly handle these signals, sending it SIGTERM will have no effect at all.

A common example is CI jobs that do docker run my-container script: sending SIGTERM to the docker run process will typically kill the docker run command, but leave the container running in the background.

A process becomes a zombie when it exits, and remains a zombie until its parent calls some variation of the wait() system call on it. It remains in the process table as a defunct process. Typically, a parent process will call wait() immediately and avoid long-living zombies.

If a parent exits before its child, the child is orphaned, and is re-parented under PID 1. The init system is thus responsible for wait()-ing on orphaned zombie processes.

Of course, most processes won't wait() on random processes that happen to become attached to them, so containers often end with dozens of zombies rooted at PID 1.

dumb-init runs as PID 1, acting like a simple init system. It launches a single process and then proxies all received signals to a session rooted at that child process.

Since your actual process is no longer PID 1, when it receives signals from dumb-init, the default signal handlers will be applied, and your process will behave as you would expect. If your process dies, dumb-init will also die, taking care to clean up any other processes that might still remain.

In its default mode, dumb-init establishes a session rooted at the child, and sends signals to the entire process group. This is useful if you have a poorly-behaving child (such as a shell script) which won't normally signal its children before dying.

This can actually be useful outside of Docker containers in regular process supervisors like daemontools or supervisord for supervising shell scripts. Normally, a signal like SIGTERM received by a shell isn't forwarded to subprocesses; instead, only the shell process dies. With dumb-init, you can just write shell scripts with dumb-init in the shebang:

Ordinarily, a SIGTERM sent to the shell would kill the shell but leave those processes running (both the background and foreground!). With dumb-init, your subprocesses will receive the same signals your shell does.

If you'd like for signals to only be sent to the direct child, you can run with the --single-child argument, or set the environment variable DUMB_INIT_SETSID=0 when running dumb-init. In this mode, dumb-init is completely transparent; you can even string multiple together (like dumb-init dumb-init echo 'oh, hi').

dumb-init allows rewriting incoming signals before proxying them. This is useful in cases where you have a Docker supervisor (like Mesos or Kubernetes) which always sends a standard signal (e.g. SIGTERM). Some apps require a different stop signal in order to do graceful cleanup.

For example, to rewrite the signal SIGTERM (number 15) to SIGQUIT (number 3), just add --rewrite 15:3 on the command line.

To drop a signal entirely, you can rewrite it to the special number 0.

When running in setsid mode, it is not sufficient to forward SIGTSTP/SIGTTIN/SIGTTOU in most cases, since if the process has not added a custom signal handler for these signals, then the kernel will not apply default signal handling behavior (which would be suspending the process) since it is a member of an orphaned process group. For this reason, we set default rewrites to SIGSTOP from those three signals. You can opt out of this behavior by rewriting the signals back to their original values, if desired.

One caveat with this feature: for job control signals (SIGTSTP, SIGTTIN, SIGTTOU), dumb-init will always suspend itself after receiving the signal, even if you rewrite it to something else.

You have a few options for using dumb-init:

If you have an internal apt server, uploading the .deb to your server is the recommended way to use dumb-init. In your Dockerfiles, you can simply apt-get install dumb-init and it will be available.

Debian packages are available from the GitHub Releases tab, or you can run make builddeb yourself.

If you don't have an internal apt server, you can use dpkg -i to install the .deb package. You can choose how you get the .deb onto your container (mounting a directory or wget-ing it are some options).

One possibility is with the following commands in your Dockerfile:

Since dumb-init is released as a statically-linked binary, you can usually just plop it into your images. Here's an example of doing that in a Dockerfile:

Though dumb-init is written entirely in C, we also provide a Python package which compiles and installs the binary. It can be installed from PyPI using pip. You'll want to first install a C compiler (on Debian/Ubuntu, apt-get install gcc is sufficient), then just pip install dumb-init.

As of 1.2.0, the package at PyPI is available as a pre-built wheel archive and does not need to be compiled on common Linux distributions.

Once installed inside your Docker container, simply prefix your commands with dumb-init (and make sure that you're using the recommended JSON syntax).

Within a Dockerfile, it's a good practice to use dumb-init as your container's entrypoint. An entrypoint is a partial command that gets prepended to your CMD instruction, making it a great fit for dumb-init:

If you declare an entrypoint in a base image, any images that descend from it don't need to also declare dumb-init. They can just set a CMD as usual.

For interactive one-off usage, you can just prepend it manually:

Running this same command without dumb-init would result in being unable to stop the container without SIGKILL, but with dumb-init, you can send it more humane signals like SIGTERM.

It's important that you use the JSON syntax for CMD and ENTRYPOINT. Otherwise, Docker invokes a shell to run your command, resulting in the shell as PID 1 instead of dumb-init.

Using a shell for pre-start hooks

Often containers want to do some pre-start work which can't be done during build time. For example, you might want to template out some config files based on environment variables.

The best way to integrate that with dumb-init is like this:

By still using dumb-init as the entrypoint, you always have a proper init system in place.

The exec portion of the bash command is important because it replaces the bash process with your server, so that the shell only exists momentarily at start.

Building the dumb-init binary requires a working compiler and libc headers and defaults to glibc.

Statically compiled dumb-init is over 700KB due to glibc, but musl is now an option. On Debian/Ubuntu apt-get install musl-tools to install the source and wrappers, then just:

When statically compiled with musl the binary size is around 20KB.

We use the standard Debian conventions for specifying build dependencies (look in debian/control). An easy way to get started is to apt-get install build-essential devscripts equivs, and then sudo mk-build-deps -i --remove to install all of the missing build dependencies automatically. You can then use make builddeb to build dumb-init Debian packages.

If you prefer an automated Debian package build using Docker, just run make builddeb-docker. This is easier, but requires you to have Docker running on your machine.

Before this patch, they were reported in the verbose log as forwarded signal 0 to children instead of not forwarding signal to children.

Since signal 0 is a noop, there is no actual behavior change here.

Thanks @kpengboy for the patch!

Thanks @NicolasLM for the issue and @asottile for the patch!

This fixes warnings that are printed when running a typical command like: docker run -ti dumb-init bash ...as well as allowing you to use job control.

Thanks to @ehlers for the patch, and @alhafoudh (and several others) for reporting the issue and providing details!

Keep up with changes to dumb-init!

Leave a review for dumb-init

Would you tell us more about dumb-init?