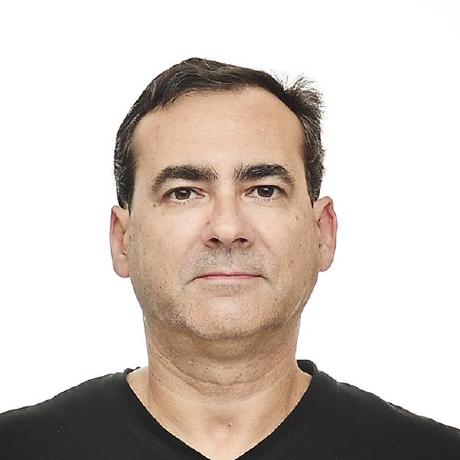 This is a sample release repository for BOSH that deploys a three tier LAMP application: a wordpress blog which consists of a number of apache servers running php & wordpress, fronted by nginx, and using one mysql database for storage.

This document includes a tutorial on how to create a BOSH release. If you want to move directly to deploying the sample release skip to the deployment instructions.

A BOSH release consists of jobs, packages, source code, and associated release metadata. Large binary files (aka blobs) required for packaging can be stored externally in a blobstore and referenced within the release, obviating the need to store them inside the release repository. Additionally, in order to utilize a BOSH release you must create a deployment manifest.

For a more detailed explanation of BOSH terminology please refer to the BOSH Reference.

The first step is to initialize the release:

which creates the release scaffolding:

For now we are going to concentrate on the contents of the following directories:

organize your cloud deployment into jobs

In order to create a BOSH release you will need to map your existing cloud service into [jobs](http://docs.cloudfoundry.com/docs/running/bosh/reference/jobs.html), the fundamental building block of a BOSH deployment. Essentially this is just creating logical groupings of processes that are organized around providing discrete functionality. Reviewing your architecture diagram is a good place to start.

In the case of our sample release, we are implementing an architecture with four easily recognizable roles: a web application (1) sitting behind a proxy (2), leveraging a database server (3) for dynamic content and a shared filesystem (4) for static content.

For each job you will need to identify:

The first job of our release is the wordpress web application, which will be served up by the Apache webserver. For now we'll work under the assumption that apache will be the only process we need to control for this job. Now we need to determine what BOSH packages need to be created for apache to serve wordpress.

It is important to note that when we refer to a package we are referring to BOSH packages. Do not confuse BOSH packages with packages installed by your operating system's package manager. The OS package manager is generally only used to manage the components of the BOSH stemcell.

Obviously, our first package is the apache webserver. The wordpress app is another package. Wordpress is written in PHP, so we have a dependency on the apache PHP module. Our database backend is mysql, so our PHP will have a dependency on mysql libraries being available. Our architecture also uses a shared filesystem, but we don't need to package the NFS client because it is available as part of the stemcell.

For the first job (wordpress) we have identified one process (apache) and four packages. Fortunately, the remaining jobs (nginx, mysql, nfs server) are fairly simple. They each essentially run a single process and do not have dependency chains, leaving us with the following:

Once you have enumerated your jobs and pacakges, the next step is to start building packages.

First, run the BOSH command to create the package skeletons

Then all other packages

The spec file is a yaml document that lists the names of the required source files and other packages which are compilation dependencies.

The spec file for our apache package is quite simple:

The spec file for PHP is a bit more interesting, as the apache and mysql packages are compile time dependencies. Additionally, since the mysql source is separated into server/client components we've broken mysql up into two separate packages (mysql and mysqlclient).

add the source code to the release

You'll notice that the location of the source in the package spec is a relative path. This is because the file can either be a part of the repo (inside the src directory) or stored in the blobstore (synched to blobs directory). In the case of our sample release we're storing source in the repo:

At compile time BOSH executes the packaging script. The source code will be located in the current working directory and can also be referenced by the environment variable BOSH_COMPILE_TARGET. Your script should install the compiled package underneath the BOSH_INSTALL_TARGET. If you are installing software that uses GNU autoconf your packaging script can often be as simple as untar-ing your source, running configure with the prefix set to BOSH_INSTALL_TARGET, followed by a make install.

For example, our apache packaging script is a perfect example of a simple configure/install process:

Due to the compile time dependencies PHP is more complicated:

finally, make installs into the apache module directory, we have to manually copy it back into BOSH_INSTALL_TARGET otherwise it will be left behind on the compilation vm

Now that all of the packages have been created we can start assembling jobs.

First, run the BOSH command to create the job skeleton:

contents of the job spec

The spec file is a yaml document that defines

The nginx job has a fairly straightforward spec:

The first step toward creating a deployable job is defining the package dependencies in the spec file. As we determined earlier, the wordpress job requires the apache, wordpress, php, and mysql client packages:

BOSH uses monit to manage the lifecycle of job processes. At a bare minimum the monit config file inside the job directory needs to define a pidfile and how to start/stop the job. It's going to be a lot easier to build out the rest of our job after we've got a vm deployed with packages installed, so we're going to create a stub monit config:

and update our spec:

This will allow us to define a 'wordpress' job in our deployment manifest and deploy a vm with our packages.

The templates directory contains the scripts and config files needed for running the job processes. BOSH evaluates these files as ruby ERB templates, allowing them to be generalized. The unique per-deployment information can then be abstracted into properties defined in the deployment manifest.

It generally easier to create templates on an existing BOSH instance that has the required packages already installed. Start with the configuration files needed by the job packages, and once the processes can be launched manually then move on to writing the control scripts. When converting existing files/scripts to work on a BOSH managed instance, the most common modifications are usually changing paths to the appropriate location on a BOSH managed system.

For example, in the wordpress job the apache configuration needs to set the document root to point at our wordpress package:

Once the configuration file is completed it can be copied into the templates directory and the spec file updated:

Once all of the necessary configuration files are in place you must write a control script that monit can use to start/stop the process and replace the stub monit config.

At this point you should have a job that can be deployed by BOSH. The final step is to determine what configuration information should be abstracted into job properties. Passwords, account names, shared secrets, hostnames, IP addresses and port numbers are all examples of typical job properties.

To reference a job property in a ERB template, use the p helper, e.g.:

All job properties should be defined in your job spec, along with a description and an optional default value.

To deploy the sample application edit the example deployment manifest (located at the /examples directory) and adapt it with your data. Then use the following command sequence:

Other projects in Shell

Keep up with changes to bosh-sample-release!

Leave a review for bosh-sample-release

Would you tell us more about bosh-sample-release?