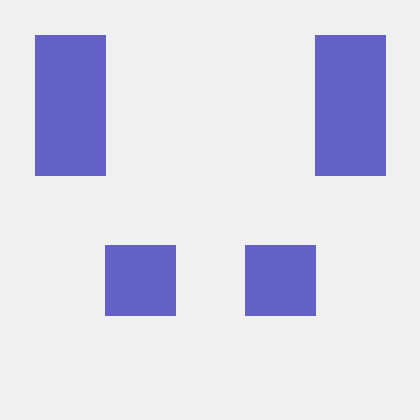 This pure Lua module implements (1) a standard compliant C preprocessor with a couple useful extensions, and (2) a parser that provides a Lua friendly description of all global declarations and definitions in a C header or C program file.

The driver program lcpp invokes the preprocessor and outputs preprocessed code. Although it can be used as a replacement for the normal preprocessor, it is more useful as an extra preprocessing step (see option -Zpass which is on by default.) The same capabilities are offered by functions cparser.cpp and cparser.cppTokenIterator provided by the module cparser.

The driver program lcdecl analyzes a C header file and a C program file and outputs a short descriptions of the declarations and definitions. This program is mostly useful to understand the representations produced by the cparser function cparser.declarationIterator.

Preprocess file inputfile.c and write the preprocessed code into file outputfile.c or to the standard output.

The following options are recognized:

This can be further adjusted using the -D or -U options. The default dialect is gnu99.

The C standard specifies that the expressions following #if directives are constant expressions of integral type. However this processor also handles strings. The only valid operations on strings are the equality and ordering comparisons. This is quite useful to make special cases for certain values of the parameters of a multiline macro, as shown later.

Preprocessor directives #defmacro and #endmacro can be used to define a function-like macro whose body spans several lines. The #defmacro directive contains the macro name and a mandatory argument list. The body of the macro is composed of all the following lines up to the matching #endmacro. This offers several benefits:

Details -- The values of the macro parameters are normally macro-expanded before substituting them into the text of the macro. However this macro-expansion does not happen when the substitution occurs in the context of a stringification or token concatenation operator. All this is consistent with the standard. The novelty is that this macro-expansion does not occur either when the parameter appears in a nested preprocessor directive or multiline macro.

Even more details -- The standard mandates that the tokens generated by a macro-expansion can be combined with the following tokens to compose a new macro invocation. This is not allowed for multiline macros. An error is signaled if the expansion of a multiline macro generates an incomplete macro argument list.

The C standard says that it is an error to call this macro with only one argument. Calling this macro with an empty second argument --macro(msg,)-- leaves an annoying comma in the expansion --printf(msg,)-- and causes a compiler syntax error.

This preprocessor accepts invocations of such a macro with a single argument. The value of parameter __VA_ARGS__ is then a so-called negative comma, meaning that the preceding comma is eliminated when this parameter appears in the macro definition between a comma and a closing parenthesis.

When a new invocation of the macro appears in the expansion of a macro, the standard specifies that the preprocessor must rescan the expansion but should not recursively expand the macro. Although this restriction is both wise and useful, there are rare cases where one would like to use recursive macros. As an experiment, this recursion prevention feature is turned off when one defines a multiline macro with #defrecursivemacro instead of #defmacro. Note that this might prevent the preprocessor from terminating unless the macro eventually takes a conditional branch that does not recursively invoke the macro.

Preprocess and parse file inputfile.c. The output of a parser is a sequence of Lua data structures representing each C definition or declaration encountered in the code. Program ldecl prints each of them in two forms. The first form directly represent the Lua tables composing the data structure. The second form reconstructs a piece of C code representing the definition or declaration of interest.

This program is mostly useful to people working with the Lua functions offered by the cparser module because it provides a quick way to inspect the resulting data structures.

Program lcdecl accepts all the preprocessing options documented for program lcpp. It also accepts an additional option -Ttypename and also adds to the meaning of options -Zpass and -std=dialect.

Running ldecl on the following program

Argument options is an array of options. All the options documented for program lcpp are supported. Argument lines is an iterator that returns input lines. Lua provides many such iterators, including io.lines(filename) to return the lines of the file named filename and filedesc:lines() to return lines from the file descriptor filedesc. You can also use string.gmatch(somestring,'[^\n]+') to return lines from string somestring.

Calling this function preprocesses and parses file filename, writing a trace into the specified file. The optional argument outputfile can be a file name or a Lua file descriptor. When this argument is nil, the preprocessed code is written to the standard output. The optional argument options is an array of option strings. All the options documented with program lcdecl are supported.

Argument options is an array of options. All the options documented for program lcdecl are supported. Argument lines is an iterator that returns input lines. Lua provides many such iterators, including io.lines(filename) to return the lines of the file named filename and filedesc:lines() to return lines from the file descriptor filedesc. You can also use string.gmatch(somestring,'[^\n]+') to return lines from string somestring.

Each successive call of the declaration iterator function returns a Lua data structure that represents a declarations, a definition, or certain preprocessor events. The format of these data structures is described under function cparser.declToString.

The macro definition table contains the definition of the preprocessor macros. See the documentation of function macroToString for details.

This function produces a string suitable for declaring a variable nam with type ty in a C program.

Argument ty is a type data structure. Argument nam should be a string representing a legal identifier. However it defaults to %s in order to compute a format string suitable for the standard Lua function string.format.

Module cparser represents each type with a tree whose nodes are Lua tables tagged by their tag field. These tables are equipped with a convenient metatable method that prints them compactly by first displaying the tag then the remaining fields using the standard Lua construct.

For instance, the type const int is printed as

The following tags are used to represent types.

The Qualified{}, Function{}, Struct{}, Union{}, and Enum{} tables may additionally have a field attr whose contents represents attribute information, such as C11 attributes [[...]], MSVC-style attributes __declspec(...) or GNU attributes __attribute__(...). This is representing by an array containing all the attribute tokens (on odd indices) and their locations (on even indices).

Parses string s as an abstract type name or a variable declaration and returns the type object and possibly the variable name. This function returns nil when the string cannot be interpreted as a type or a declaration, or when the declaration specifies a storage class.

This function produces a string that describes the data structures returned by the declaration iterator. There are in fact three kinds of data structures. All these structures have very similar fields. In particular, field where always contains the location of the definition or declaration.

Keep up with changes to CParser!

Leave a review for CParser

Would you tell us more about CParser?